In Jamaica the food we eat is a mix of all the traditions and cultures that ended up coming to our shores: African, Chinese, Indian, Jewish, English, Irish, Welsh, Polish, German, and all the mixtures possible.

ackeeFor breakfast you might be service ackee and saltfish. The ackee was originally from Africa and was brought by the slaves to Jamaica, where it was planted, and grew so well that it eventually became a national symbol of Jamaica.

The part eaten comes in a bright red pod, shown closed in the photo, this needs to open before the pale yellow flesh can be removed, which holds a shiny black seed. This is cooked up and mixed with the salt cod, onions and maybe some sweet and hot peppers. In Jamaica we eat this for breakfast along with boiled green banana.

Another food that has become quite famous is Jerk chicken or pork. This is a method of cooking, originally in underground barbecue pits, which you can still find being used in some parts of Jamaica.bonnet pepper

The wood used is supposed to be Pimento wood, which is where you get Allspice from. The smoke from the pimento wood also adds to the special flavor of the jerked meat.

The word jerk is supposed to have originated in the Quechua language, then to Spanish charqui, and it became jerky in English. One of the spices used in the seasoning, which is dry rubbed into the meat, is the very hot Scotch Bonnet pepper, which is shown in the photo.

One of the best ways to eat Jerk chicken or pork is straight from the paper bag or aluminum foil you bought it in, sitting beside the tranquil turquoise waters of our Caribbean Sea.

Another favorite, sit-down food is Escovith fish. The best prepared usually has a crisply fried fish with mixed, sometimes pickled vegetables sprinkled over. Apart from the ubiquitous Scotch Bonnet pepper, pimento berries or Allspice is used in the sauce.

Allspice or Jamaican pepper was a native of southern Mexico. The British named the berries Allspice because they thought the flavor reminded them of nutmeg, cloves and cinnamon combined.

Allspice is one of the most important ingredients in Caribbean cuisine. The berries are picked green and traditionally are dried in the sun on flat open spaces known as barbecues. Christopher Columbus, that famous sailor, found the tree on Jamaica on his second voyage to the island.

jamaican beef pattyIf you are on a walking tour, you might be hungry enough to stop off and try one of Jamaica’s favorite snack foods, the Patti.

You might want to sit down for a moment with a cold Red Stripe, which is the locally brewed and bottled beer.

Some of us even make a sandwich of the patti, we put it inside a cocoa bread, which is a slightly sweet bread, that serves to cut the heat of the patti a little. 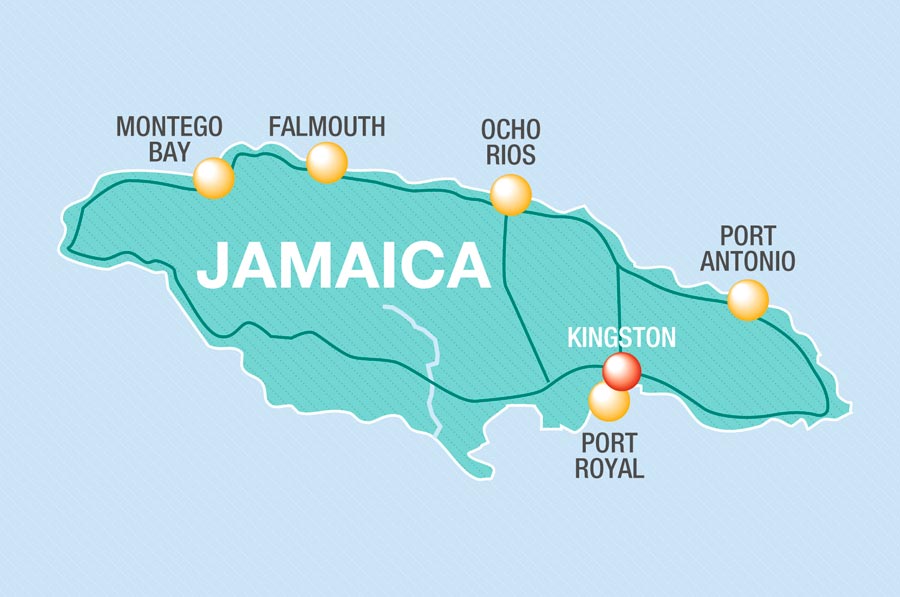